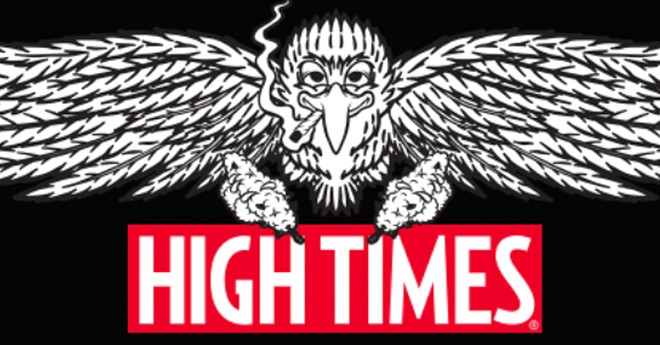 Though marijuana magazine High Times has long written about weed, the company is now finally getting into the business of selling it — and it’ll launch its first products on Monday in Michigan.

High Times will premiere a limited run of high-quality (and high-THC) flower at more than a dozen stores across the state through a partnership with cannabis operator Red White & Bloom.

“What’s amazing is how good your work can be when you don’t have too much time,” High Times CEO Peter Horvath says of the recently announced release. “We’re very proud of this launch.”

Horvath, who joined the company in May with a background at big brands like Victoria’s Secret, American Eagle, and DSW, says the product launch comes ahead of an announcement for High Times-branded stores coming to Michigan and beyond, expected to be finalized next year.

The company plans to roll out similar products in California in the coming months. But Horvath says the company decided to launch the products in Michigan first due to a combination of the partnership with RWB, which has licensed the brand to existing licensed operators in the state, as well as the fact that High Times has a large fanbase here. The company has seen nearly 300,000 attendees at its Cannabis Cup events in Michigan through the years. The largest Michigan event, held at Detroit’s Russell Industrial Center in 2019, saw more than 30,000 attendees and more than 350 vendor booths.

The products will be released in three tiers — white, red, and black — at just 500 units each.

The lower-end “White Label” release, “High Flyer,” is a Mac 1 50/50 Indica-Sativa hybrid strain with 29+% THC. The mid-tier “Red Label” release is “Lion Fuel,” an Animal Mints Indica-dominant strain with 30+% THC. And the top-tier “Black Label” product, “Eagle Clutch,” is Wedding Cake BX1, an Indica-dominant hybrid with 31+% THC. The strain is a backcross, meaning it was created by breeding the child of a hybrid cross back to one of the parents, which strengthens the desired genetic traits — in this case, the flower’s relaxing and euphoric effects.

The company has been mining its rich publication history for the graphics used on the packaging — the “Eagle Clutch” has a cartoon of an eagle smoking a joint, holding two nugs in its claws — which is emblazoned with a new slogan: “Flying high since 1974.”

“There’s so much richness to this brand. It’s an incredible asset,” Horvath says. “We’re pretty excited to bring this to life, not just through media, but now through product and consumer experiences.”

Horvath says the forthcoming High Times stores will follow a three-tier system to help make shopping less confusing for newbies, and also allow for a range of customers — like people looking for a larger quantity of bud for a party, as well as people looking for a more high-quality solo experience. The plan is for the High Times stores to resemble high-end food halls, he says, with products surrounding customers on the floor, divided into broad categories, and not tucked away behind glass.

Horvath says that while the federal prohibition of marijuana makes multi-state operations difficult at the moment, the company is embracing it by partnering with local grow operations at the state level. “What we want to do is have the fun and impact and expertise of the High Times brand, but also really represent local,” he says. “Some people see it as a challenge to have consistent products from state to state. I’m like, why bother, when the world really wants local?”

The stores will also sell High Times-branded apparel and accessories, as well as its line of CBD products.

Horvath cannot yet say where the first High Times store will be in Michigan, but he says it’ll likely be in metro Detroit.

In the meantime, High Times‘ initial Michigan products will be available Monday, Dec. 28 at the following dispensaries:

It’s a new era for marijuana in Michigan. Sign up for our weekly weed newsletter, delivered every Tuesday at 4:20 p.m.