A great story in the Phoenix New Times that reminds us of the game played by medical cannabis companies in New Zealand that pushed for a no vote in that country’s cannabis referendum.

We’d suggest that, as the top end of the market “consolidates”, retail is now the next big battleground.

Bigger companies with established retail footprints forcing smaller players out of the market via political influence or the standard might is right approach.

Disappointing but not unexpected.

Soon, as with Starbucks, where coffee isn’t really coffee, or with the endless fast food outlets where everything is reduced to the lowest common denominator we will soon have mass cannabis.

In October, less than a month before Arizona voters resoundingly approved legal recreational marijuana through Proposition 207, the Gilbert Town Council held a vote of its own.

At issue was an ordinance that would preemptively ban new recreational marijuana dispensaries in Gilbert should Prop 207 pass. Nearly all the Gilbert residents who submitted public comments — 78 out of 81 respondents — were opposed to the ordinance.

Among those in favor of the ban, an unlikely presence stood out: Lindsay Schube, an attorney for Curaleaf. 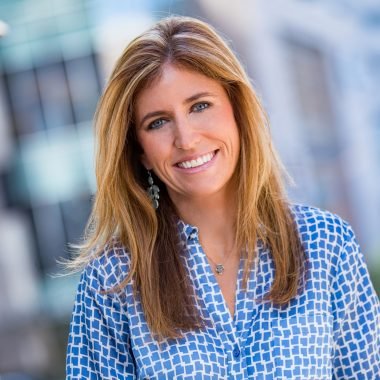 Curaleaf is one of the country’s largest cannabis production and retail companies. It had spent at least $750,000 in support of Proposition 207 in Arizona. Why would Curaleaf advocate for the restriction of marijuana sales in Gilbert?

Scube did not respond to New Times’ request for comment, and Curaleaf declined to comment. But the answer is rather simple: Curaleaf already operates a medical marijuana dispensary in Gilbert, and under Prop 207, medical dispensaries are allowed to pursue recreational marijuana licenses. If the Gilbert Town Council approved the ordinance, Curaleaf could become a “dual licensee” (a facility that sells both medical and recreational cannabis) and, crucially, the only pot shop in town. In effect, Curaleaf would have a monopoly in Gilbert.

Which it now does: The Gilbert Town Council unanimously approved the ordinance.

Others have since followed Gilbert’s lead, creating de-facto monopolies for existing medical marijuana facilities and building barriers for new players looking to get into the new recreational cannabis market in Arizona. In the weeks after the election, several local governments passed similar laws, including Scottsdale, Mesa, Goodyear, and Surprise. Tempe is currently soliciting public input for its own recreational marijuana regulations.

Naturally, advocates for the recreational marijuana industry aren’t happy about these new restrictions. They argue that cities and towns will lose out on tax revenue generated by marijuana sales and that banning new stores won’t stop cannabis from being sold in their towns, since medical dispensaries will soon sell to all adults. Some accuse medical marijuana dispensaries (or their parent companies) of lobbying elected officials to approve the bans to shut out the competition.

The officials behind these bans “have their head up their ass because they don’t understand the macro-level economics of the reality of the situation,” said Demitri Downing, a cannabis industry lobbyist and founder of the Marijuana Industry Trade Association in Arizona. “The worst part about it is that there are some dispensaries who are lobbying behind the scenes, taking advantage of old-school prohibitionists, old-school perceptions of marijuana, to eliminate competition.”

Jared Taylor, a member of the Gilbert Town Council who voted for the ordinance back in October, acknowledged the fact that the ordinance benefits Curaleaf. He framed it as a necessary evil in order to crack down on marijuana, which he called a “gateway drug” to harder narcotics.

“I do think it is establishing a monopoly with the medical marijuana and I did not like that part, the end result,” he said. “That’s why you saw the attorneys for the operator [Curaleaf] support it.”

Taylor said that he wasn’t contacted by representatives of Curaleaf prior to the vote, and that he didn’t know if other council members were lobbied by the company. (Curaleaf would not comment on its lobbying efforts.)

“They might have, but I just don’t know,” he said, referring to other council members and their communications with Curaleaf. “I never had a conversation with them or any representative at that company.”

Gilbert Mayor Scott Anderson was out of town and unavailable for comment, according to a staffer with the town.

Stacy Pearson, a spokesperson for the Prop 207 campaign, said that those provisions were based on “best practices” from other states that have legalized marijuana. The rules were also intended to make the initiative more palatable to voters who weren’t jazzed on the idea of seeing new pot shops in their neighborhood.

“Voters were very clear in all the polling that we did that they did not want a check-cashing store model and dispensaries in every corner. So we tried to find a balance between those two,” she said. “We fully anticipated that some cities would be more restrictive than others. We saw this when medical was legalized. What’s happening today is exactly what was anticipated.”

While Pearson said that the monopoly effect of new restrictions wasn’t a desired outcome, she also said that the Arizona Dispensary Association, composed of only medical marijuana dispensary operators at the time, was the “birthplace” of the initiative and that there were “lots of industry folks” who were “part of the drafting process.” (The campaign behind Prop 207 was also heavily financed by the existing marijuana industry in Arizona.)

Asked if this portion of the initiative was drafted with the intent of benefiting existing medical marijuana dispensaries, Pearson said, “No one was advocating for cities to pass ordinances to restrict licenses… No one sat around going ‘Ooh, I can’t wait to see what Gilbert does.’ That’s absurd.” 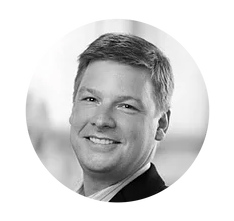 Cave added that the new restrictions will create obstacles for people to obtain Prop 207’s 26 so-called social equity licenses, which are intended to go to dispensary operators who come from communities disproportionately impacted by cannabis criminalization.

“They will push these social equity licenses further and further away from population centers, which seems to undermine the very purpose for those licenses,” Smith said.

The flurry of municipalities restricting recreational marijuana also comes after the League of Arizona Cities and Towns shopped around a model ordinance to its members that included boilerplate language for prohibiting new recreational cannabis facilities. Smith said that the League’s model has been the “the blueprint for some of the prohibitive zone ordinances that you’ve seen creep up in the last two weeks.”

The Surprise City Council used the template for its own restriction on pot dispensaries, said the west Valley city’s mayor, Skip Hall. The city doesn’t have any existing medical dispensaries.

“We just wanted to have some restrictions on it,” he said. “We just didn’t want stand-alone recreational marijuana stores in our city.”

Tom Belshe, executive director of the League of Arizona Cities and Towns, told New Times that the nonprofit group sent out its template ordinance in “early December,” after Prop 207 went into effect. The League didn’t take a position on the ballot measure prior to the election, he noted. The draft ordinance was intended to accommodate a variety of policy positions taken by local governments, ranging from an outright ban on sales to allowing new recreational cannabis dispensaries, without running afoul of Prop 207, he said.

“Our ordinance that we sent out to everyone is a model ordinance for whatever position you’re taking as a city,” Belshe said. “We wanted to give our cities and towns as much flexibility as possible.”

The draft ordinance, which Belshe provided to New Times, makes it as easy for city councils as filling in the blanks. For instance, one section reads, “The operation of a marijuana establishment is prohibited in [City/Town], except where authorized for a dual licensee…”

Belshe also noted that representatives of the League met with drafters of the ballot measure prior to the election to get clarity on what was and wasn’t allowed under the initiative. Some cities and towns “had a concern” about a “proliferation of facilities.”

Jon Udell, an attorney at Rose Law Group and spokesperson for Arizona NORML, a pro-cannabis legalization organization, argued that jurisdictions that ban recreational marijuana facilities are preventing competition and causing cannabis prices to rise, in addition to losing out on tax revenue.

“These local jurisdictions should be trying to look out for consumers,” he said. “It’s misguided, whether it’s being driven by lobbying by dispensaries or it’s out of socially conservative views of government leaders.”