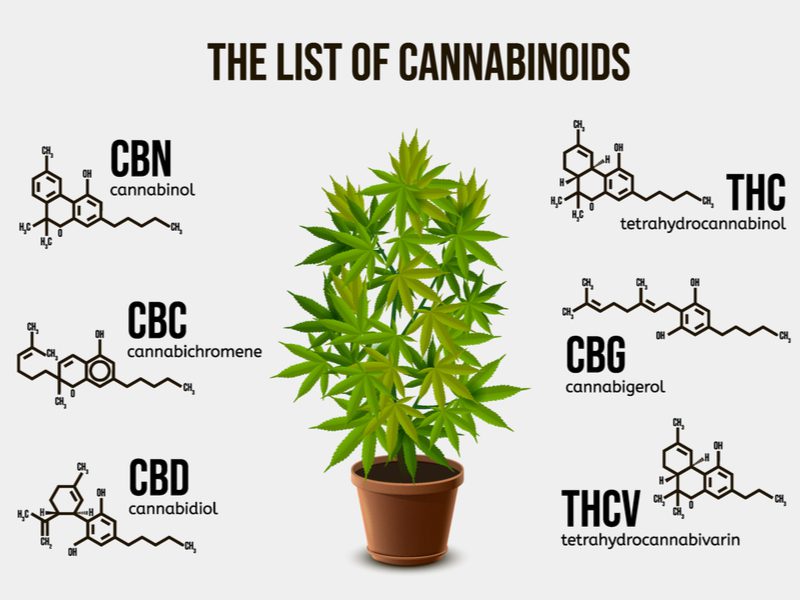 Phytocannabinoids may sound like a complex word, but in essence, they are simply considered as the naturally-occurring chemical compounds produced by cannabis plants. Most biological species produce natural cannabinoids on their own. These already present compounds in the body may interact with another foreign compound and produce varying side effects. Read on to find out everything you need to know about phytocannabinoids.

Before diving into cannabis products, it is important to first delve into what makes up the plant’s raw material. It will also tell you just how much of these compounds end up in different cannabis and hemp products like tinctures, pills, supplements, vapes, candies, essential oils, and a dozen other trendy goods.

Knowing how these compounds work could also help you choose your next cannabis product. Whether you’re taking it recreationally or for therapeutic purposes, it never hurts to be knowledgeable about everything that goes into your body. Read on to know more about phytocannabinoids and how they work.

Read More: What is CBD?

At present, researchers have found over 500 chemical compounds found in cannabis plants. Over a hundred of these compounds are classified as phytocannabinoids. Though more commonly known as cannabinoids, these compounds are not generally popular to many. Two of the most abundant and popular ones are CBD (cannabidiol) and THC (tetrahydrocannabinol).

Terpenes and flavonoids are considered as “minor” cannabinoids, but their roles are also pretty significant. They can enhance the therapeutic effects of the major cannabinoids like THC and CBD and add flavor and color to the final product. Cannabinoids like cannabinol (CBN), cannabidivarin (CBDV), and cannabichromene (CBC) are also fast gaining attention these days.

The science now behind how phytocannabinoids work contains plenty of information compared to studies conducted ten years ago. All thanks to advanced technology and the lifting of the zero-tolerance ban in federal and state laws on plant matter. However, there is still a long way to go. Some need to conduct more studies to understand how cannabis works truly.

The main difference between phytocannabinoids and endocannabinoids (also known as endogenous cannabinoids) is who produces them. The former comes from plants. Thus, the prefix “phyto-” and the latter are what mammals produce.

Endocannabinoids occur naturally among humans and animals alike. They create therapeutic functions in the body as well.

There are two major endocannabinoids in the human body: anandamide and 2-Arachidonoylglycerol (2-AG). Their main function is to maintain homeostasis or an overall balance of well-being. When the body produces enough of these compounds, they interact with cannabinoid receptors located in central parts of different systems such as the digestive, respiratory, and central nervous systems.

This complex process of producing and processing natural chemical compounds is called the endocannabinoid system (ECS). The ECS leads to physiological and mental responses such as digestion, pain tolerance, memory, brain function, mood, energy, and even reception to happy hormones like serotonin.

Unfortunately, not everyone can naturally produce endocannabinoids. Some autoimmune diseases and medical conditions hinder the body from doing its natural magic. When this happens, you can take external cannabinoids, such as the phytocannabinoids that plants produce.

While these compounds are more commonly found in cannabis plants, phytocannabinoids are also present in other species of plants, including those that have terpenes and flavonoids of their own. As mentioned before, THC and CBD are currently the most popular and well-studied cannabinoids. This is in part, thanks to THC’s psychoactive effects and CBD’s lack thereof.

What are the Benefits of Phytocannabinoids? 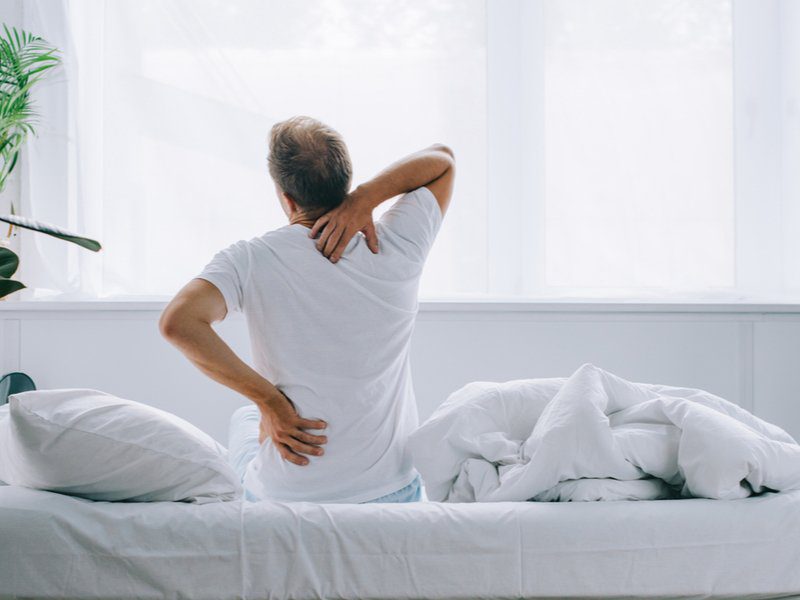 There are many supposed health benefits that users are after when they take cannabis and hemp-derived products. Some seek to alleviate chronic pain, muscle spasms, and skin conditions that could be a more organic alternative to strong over-the-counter medications. Both THC and CBD show promising potential as treatments for all of these.

Others take the products for mental and physical assistance like managing stress and anxiety, lessening symptoms of depression, ADHD, PTSD, and other similar conditions. For physical assistance, many athletes and even regular fitness enthusiasts prefer to take CBD to increase their energy and maintain that level throughout the day. Cannabidiol offers this without the high.

Phytocannabinoids are also said to interact well with the ECS. They give a good boost to the immune system with their antioxidants, antibacterial, and anti-inflammatory properties.

The winning part? These compounds are naturally produced. Carefully select your products, and you should also end up with GMO-free and pesticide-free CBD oil.

Reputable brands make sure that their hemp-derived products are phytocannabinoid-rich and very much safe for human consumption. Cannabis plants naturally absorb soil components, so you must choose products that have undergone third-party laboratory testing to ensure the cannabinoids’ purity and potency.

Related Article: How to Boost Your Immune System

While cannabis plants have been around and used for thousands of years, it is only recently that science has found evidence of how it interacts with the human body. The mass prohibition for the plant species prevented studies, research, and further clinical trials to be conducted in light of its medical potential.

Fortunately, present laws in and out of the United States have become more lenient towards cannabis studies and even recreational use. This has led to many arising questions from curious potential users about how the plant’s compounds work. One question is whether phytocannabinoids and cannabinoids are the same.

Cannabinoids, on the other hand, can more specifically link with cannabis. When mentioning compounds like THC, CBD, CBN, and CBC, people immediately think of them as cannabinoids. In any case, both phytocannabinoids and cannabinoids interact with CB2 and CB1 receptors of the ECS that help maintain balance in the body.

Do Phytocannabinoids Get you High? 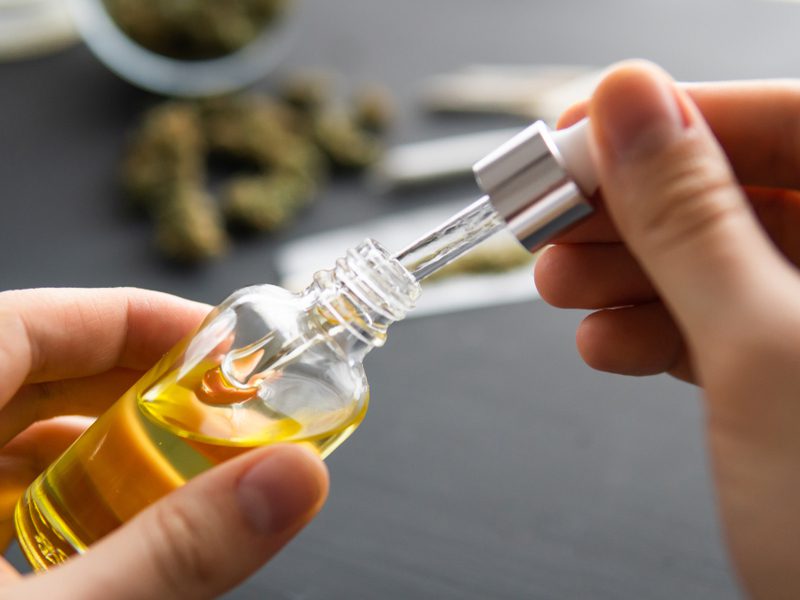 These wonder compounds may be found in cannabis and hemp plants, but they don’t necessarily generate a side effect likened to marijuana high. Save for THC and other possibly psychoactive compounds, and most phytocannabinoids are generally safe. CBD, specifically, has been deemed a safe substance by the World Health Organization.

When you mix CBD with other phytocannabinoids, a subtype can form. Full-spectrum and broad-spectrum CBD oils have more than one cannabinoid present, while isolates are pure, potent cannabidiol. Thanks to the 2018 U.S. Farm Bill, industrial hemp was federally legalized, and so was CBD. This became the reason for the cannabinoid’s rise in popularity.

In the health community, phytocannabinoids are quite popular. Most especially ones with health benefits like CBD for its pain relief and relaxing properties, CBN for its sedative effects, CBD for its improvement on brain function, and CBG for its digestive benefits. When combined, they could work in sync and even better than when taken individually.

Read More: Does CBD Oil Get You High?

Can Phytocannabinoids Get you High?

When you combine different phytocannabinoids, they create what experts call an entourage effect. Essentially, this describes the process of how each phytocannabinoid works together to boost each other’s healing and therapeutic benefits. The main goal is always to achieve homeostasis in the body and keep the user in optimal health condition.

Unless combined with large trace amounts of THC, even a combination of a dozen cannabinoids shouldn’t produce any high or intoxicating side effects. Though, admittedly, most of the marketed products as producing the entourage effect only have one dominant cannabinoid that has other phytocannabinoids to act as support.

In sum, experts have barely scratched the surface of what phytocannabinoids are, much less how they affect the body and mind. The decades that have strictly banned the use and study of cannabis resulted in humanity floundering about scientific evidence that it could be used for proper medications and treatments.

Even until today, despite the Farm Bill revisions and newfound legal status of CBD, the Food and Drug Administration still has not approved nor evaluated any cannabis or hemp-derived byproduct. They continue to caution the public from using unregulated supplements that claim to have potential therapeutic effects.

Related Article: Why is CBD So Expensive?

What is phytocannabinoid hemp oil?

There are many phytocannabinoids present in hemp oil. However, cannabidiol or CBD is the most active and abundant in raw hemp plants. You can extract CBD from hemp’s flowers and leaves and turned into many products such as tinctures, pills, topicals, gummies, and even pet treats.

How many phytocannabinoids are there?

To date, more or less 120 phytocannabinoids have been isolated from different species of cannabis. Some are more known than others, but most of them have unique attributes that could be beneficial to users. Counting terpenes and flavonoids, there are over 500 compounds in cannabis plants.

Why don’t raw phytocannabinoids have a psychoactive effect?

Raw phytocannabinoids such as CBDA (cannabidiol acid) and THCA (tetrahydrocannabinol acid) are non-psychoactive because some consider them fatty acids. They undergo decarboxylation or a heat process. Once THCA undergoes heat, it converts into THC and can induce a high in users.