In extrapolating for the most appropriate legislative pathway for medicinal psilocybin and MDMA-assisted psychotherapy in Australia, we have drawn upon the legislative journey and precedence of medicinal cannabis.

In Australia, both state/territory and federal government play a part in the regulation of medicinal cannabis. At the federal level, the Department of Health regulates medicinal cannabis through the Office of Drug Control (ODC) and the Therapeutic Goods Administration (TGA), where the TGA regulates The Standard for the Uniform Scheduling of Medicines and Poisons (SUSMP) more commonly referred to as The Poisons Standard.[1]

All substances are classified from schedules 1 to 10. Originally all cannabis products and derivatives were classed as schedule 9 (“prohibited substances”), however In March 2015, Cannabidiol (CBD) was rescheduled to schedule 4 (“prescription only medicine”).[2] 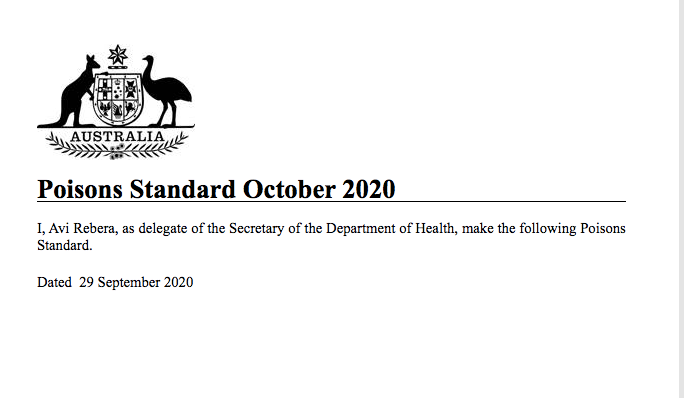 In April 2016, Tetrahydrocannabinol (THC), the other major constituent of medicinal cannabis products, was reclassified to Schedule 8 (“controlled drug”) by the TGA in an interim decision, with the final decision being announced in August 2016.[3] This allowed medicinal cannabis to become more accessible, mainly through the SAS pathway.

When a product is not registered on the ARTG it can still be accessed through the SAS whereby medicines being accessed in legal schedules are more easily granted approval.

In Australia, each state and territory has its own legislation around medicinal cannabis products and their accessibility, such as specifics on storage, prescription and supply.

This bi-feudal system means that there are a strata of bureaucratic barriers that need to be addressed to determine accessibility. 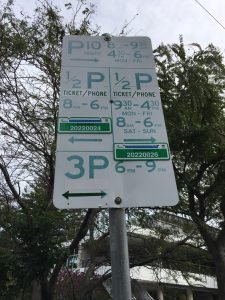 Several political tools have been employed to advocate for the legislation of medicinal cannabis across different states and territories prior to the TGA rescheduling.

The NSW Government, for instance, held an open inquiry in 2013 into the use of cannabis for medical purposes, of which, after public consultation and deliberation, they accepted one of the five proposed recommendations. The accepted recommendation was to write to the federal minister for health expressing support for further clinical trials of, and access to, pharmaceutical cannabis products.[4]

In response to public petitions seeking access to medicinal cannabis in 2015, the QLD government reiterated the need for further research and clinical trials to determine the medical benefits and safety of cannabis.[5] It also outlined the likelihood of the Queensland legislation changing should the clinical trials be successful.[6]

Both the inquiry and petitions led to further clinical trials for medicinal cannabis in NSW and QLD. The success of the clinical trials alleviated significant public and government concern regarding the side effects of these substances and provided substantial evidence which can be relied upon for legislative changes.[7] [8]

As a result, these political tools are regarded as key first steps in the legislation of medicinal cannabis, and it is likely that similar tools are required to spark a similar change for MDMA and psilocybin.

The St Vincent’s hospital clinical trial is Australia’s first psychedelic medicine trial and has seen 40 patients receive psilocybin alongside a short program of psychotherapy and clinical support for the treatment of end of life depression and anxiety.[9]

When the outcomes are released, this is likely to spark legislative change in Victoria, potentially followed by other states. If these processes do not precipitate legislative change, they will certainly aid to the reduction in undue stigma surrounding these substances, which is in itself essential to legislative change. 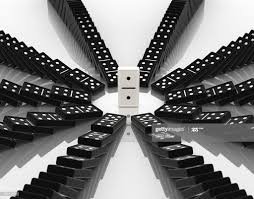 It is also clear that the TGA rescheduling of medicinal cannabis triggered a domino effect across states for legislative change. Following the TGA’s final decision on rescheduling of cannabis in 2016, the major states, including NSW, QLD and VIC, introduced amendments or new legislation in the same year (or even same day in NSW) to accommodate for the new classification of medicinal cannabis.

This is evident in the NSW Government’s response to the 2013 Inquiry as it referred to the existing regulatory and legal frameworks for the registration of medicines in Australia to support further clinical trials and reject the remaining recommendations, as they were beyond the scope of the current frameworks.[10]

The WA Government was initially hesitant on allowing prescribers to prescribe medicinal cannabis as it previously stated that it would not conduct trials until it received the results of testing in NSW.[11] However, following the TGA rescheduling, the WA Government listed medicinal cannabis as a controlled prescription drug in 2016 as this was its new definition in the TGA schedules.[12]

We therefore submit that, notwithstanding their abovementioned significance, there may not necessarily be a requirement for inquiries or petitions or clinical trials for the legislation of the medicinal use of MDMA and psilocybin. This is due to the weight and influence of the Federal rescheduling of medicinal cannabis on state-based legislation.

We submit that if the TGA submission for the rescheduling of MDMA and psilocybin is successful, it is likely that most, if not all, states and territories will swiftly follow to enact the relevant changes in their own legislation.

[4] Parliament of New South Wales, Inquiry into use of cannabis for medical purposes. NSW, 2013.

[10] Parliament of New South Wales. Inquiry into use of cannabis for medical purposes. Government Response (NSW, 2013).