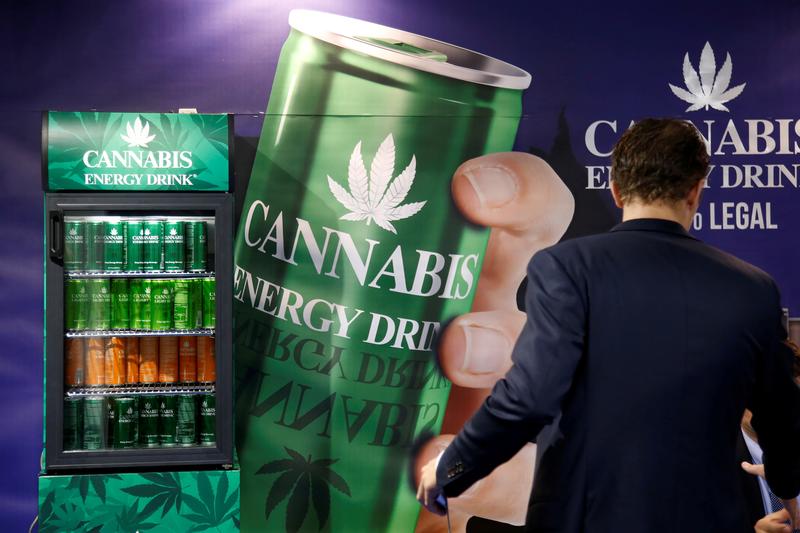 (Reuters) – Investors pinning hopes on cannabis-infused drinks to propel growth of the legal marijuana industry may have to wait a bit longer, as companies struggle to produce and distribute the highly-sought beverages in a profitable way.

Canada at the start of this year allowed sales of so-called Cannabis 2.0 products, which include edibles, vapes and drinks. The products have been a big hit with customers during coronavirus-induced lockdowns, but producers have struggled to maintain timelines for the launch of the THC beverages.

Analysts and industry insiders had eagerly anticipated these beverages, hoping they would attract large swathes of the public to pot from booze, and bring back investor dollars after the industry fell out of favor due to a lack of profitability.

“There are also high production costs, expensive distribution, and a lack of dispensary infrastructure to intake and display the products,” he added, referring to cannabis shops without loading docks or refrigerators.

The COVID-19 pandemic has made funds even more scarce for a sector that has disappointed the market with missed financial targets and many producers forced to withdraw dollars from developmental products that promise future profits to focus on maintaining the core business.

“This is certainly true of Canadian LPs (licensed producers) who have had massive layoffs and reductions of production,” said Medical Marijuana Inc Chief Executive Stuart Titus.

“The drop-off in investor capital has also had a negative effect on product development, so the supply of effective cannabis-based beverages remains relatively small,” he added.

Technical issues involving basic chemistry have also slowed bringing some of these THC-infused beverages to market.

To overcome that issue, companies use emulsions. But even if they can make an emulsion that gets the high-inducing cannabinoids to properly mix with the beverage, maintaining that mix is itself a challenge.

InfiniteCAL said its tests show some beverages can degrade in as little as a few days, leaving the THC that induces the desired high stuck to the can liner lowering the drink’s potency.

“Everyone has really great ideas in this market, but people are coming to find that actually executing the idea is much more difficult,” said Narmin Jarrous, vice president at Exclusive Brands, a Michigan-based cannabis retailer.

Despite facing its own challenges and delays putting beverages on the shelves, Canopy Growth Corp, the largest pot producer by market value, has established a strong foothold.

The company had planned to launch its drinks in January, when sales were first authorized in Canada, but scaling up production and other issues delayed their introduction.

With backing from Corona beer-maker Constellation Brands Inc, Canopy’s products did hit the market in March, well before major rivals got there. It now controls more than 70% of the cannabis-infused drinks market, a company spokeswoman said.

CEO David Klein, a Constellation veteran who took on the top role at Canopy in December, told investors in August the company expected to double its drinks output for that month after having already doubled it the previous month.

The company announced plans this month to begin selling the products in the United States next summer, initially launching THC-beverages in the fast-growing California and Illinois markets through a partnership with New York-based Acreage Holdings Inc.

Reporting by Shariq Khan in Bengaluru; Editing by Denny Thomas and Bill Berkrot