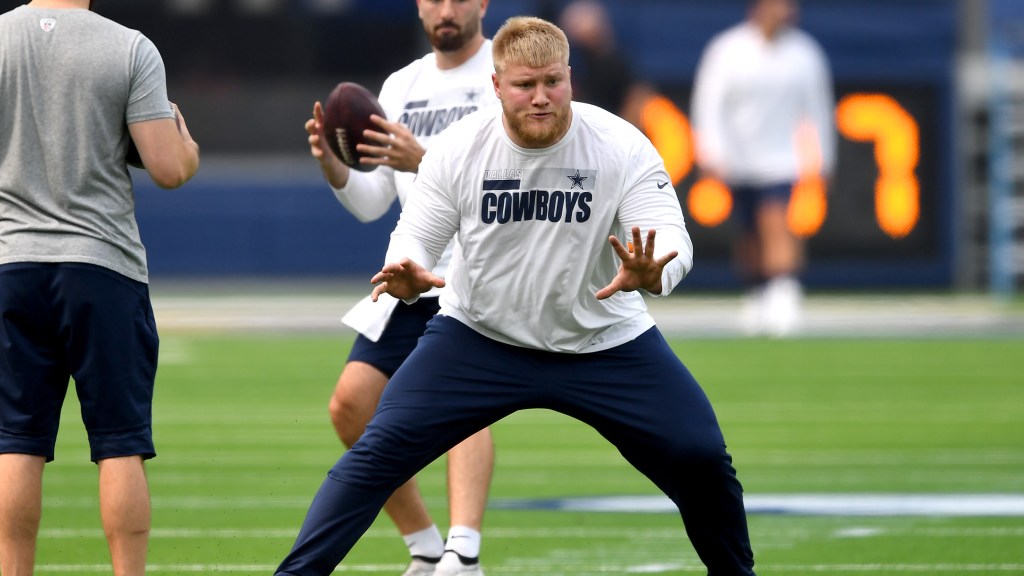 If the Wisconsin football program is known for one thing it’s sending talented offensive linemen to the NFL and seeing them succeed for years. Put simply: they can confidently be called “Offensive Line-U.”

This latest former Badger offensive lineman to enter the NFL is center Tyler Biadasz, a fourth-round of the Dallas Cowboys this past April.

The center was originally set to backup Joe Looney this season as he adjusted to the professional level. Well, Looney sprained his right knee on the first play of Sunday’s contest against the Cleveland Browns and will now miss some time.

Biadasz, after playing the remainder of the game Sunday, will now start at center for the Cowboys when they play the New York Giants this weekend.

The former Badger finished his Sunday performance with a 56.8 grade ProFootballFocus grade though did not allow a sack.

Only time will tell if Biadasz gives the job back to Looney when he gets healthy, but this weekend is a significant opportunity for the rookie as he looks to establish himself as a productive NFL player.