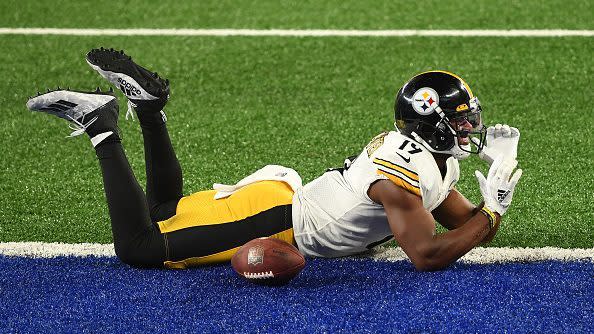 Despite missing two days of practice this week due to a knee injury, you should expect to see JuJu Smith-Schuster in uniform for the Pittsburgh Steelers game against the Houston Texans on Sunday.

Smith-Schuster said via his instagram stories on Thursday night that he will be playing this weekend.

“Add me on your fantasy (team), I’m playing this week,” Smith-Schuster wrote, via Brooke Pryor of ESPN.com.

The caption was on a picture of Smith-Schuster working out in the gym on Thursday night. He also missed time in practice last week before playing most of the snaps in last week’s win over the Denver Broncos.

“Guys could be limited in the early portions of the week, but I doubt it will be significant in terms of their availability,” Tomlin said, via the team’s website earlier in the week.

Smith-Schuster has 13 catches for 117 yards and two touchdowns so far this season for the Steelers.